Hit the road again with your Toyota car! Read more about how 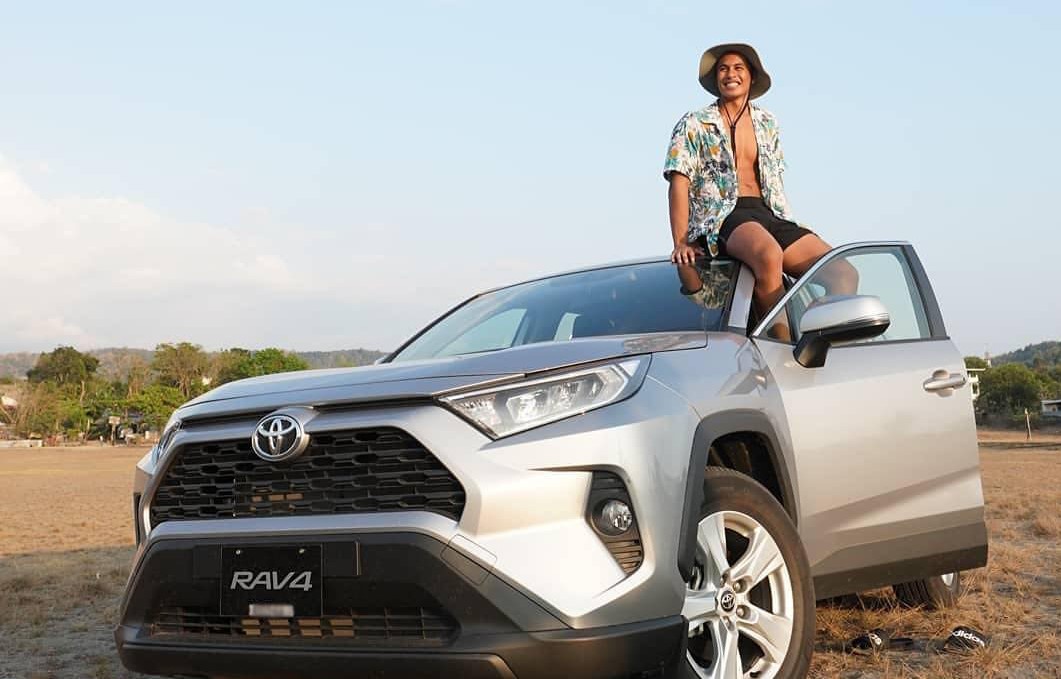 We asked some Toyota owners and fans where they plan to take their ride after the quarantine.

It has been a long and tough two months, but with community quarantine guidelines becoming more relaxed, we are all excited to fast-forward to the time when it’s safe to hit the road again. While we wait for the quarantine lift, we asked some Toyota owners and enthusiasts about their plans and their dream trips with their beloved cars. 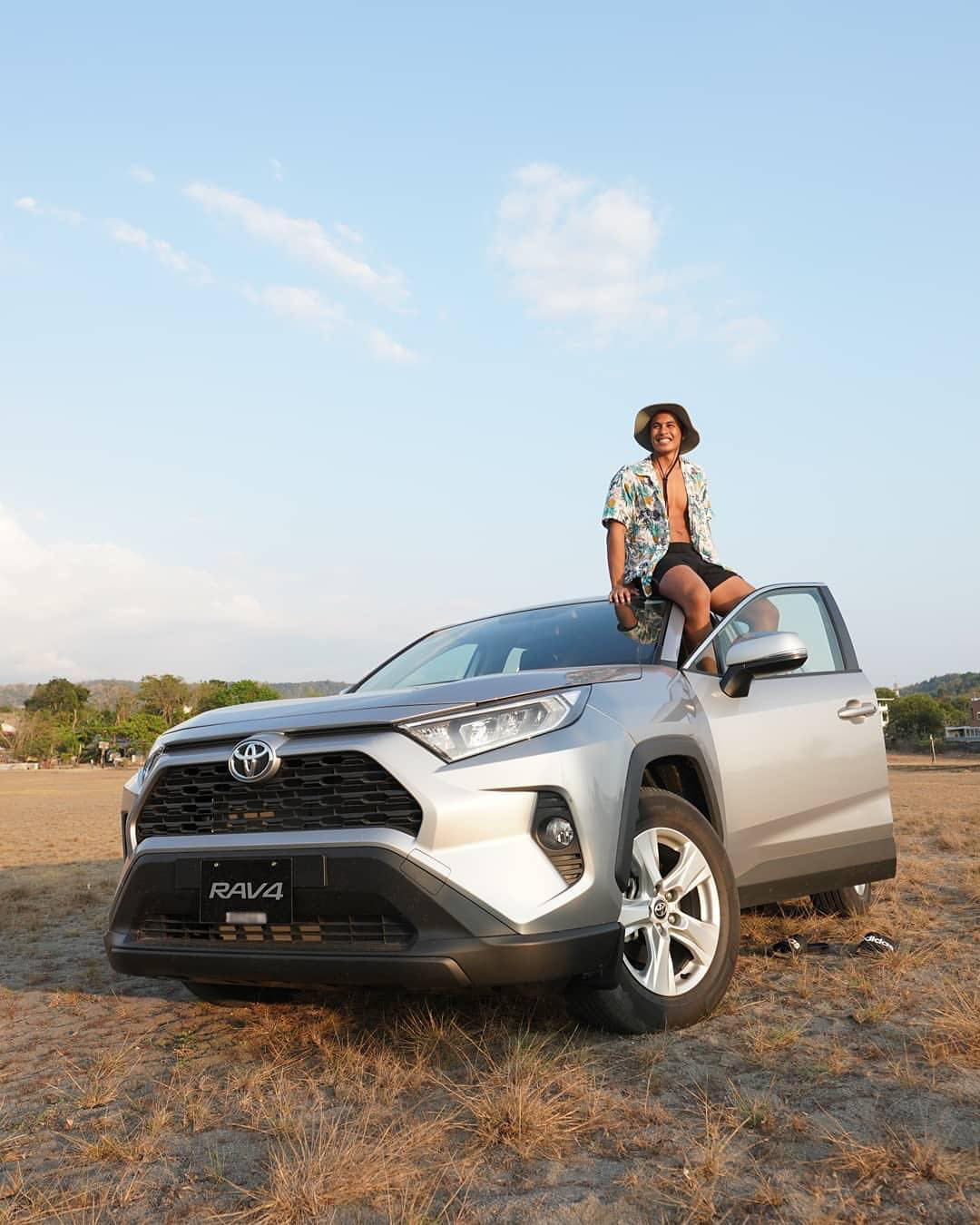 Jules Aquino, for one, is raring to go. He’s been all over Luzon in different Toyotas, but has a soft spot in his heart for the RAV4. He enjoys the car’s speed and comfort, and hopes to make the trip to Batanes after the quarantine, to tick it off his bucket list. But if he could make the same trip in the new Supra, he wouldn’t mind! 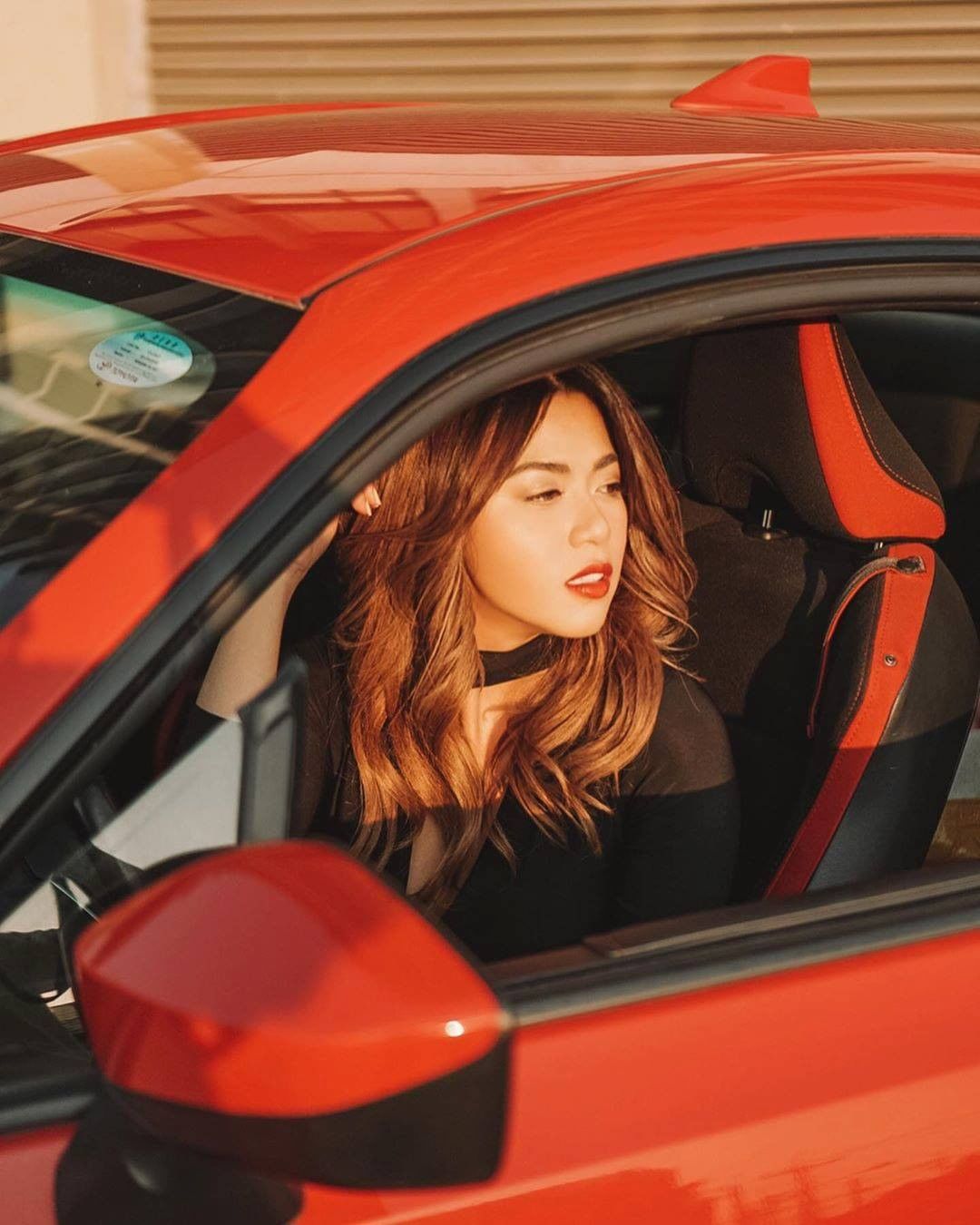 Like many of us caught far from home by the quarantine, Arianne Bautista misses her family greatly. Her only plans for after the quarantine involve a trip to her parents to check up on them, after which she plans to return home and self-quarantine until the air is ‘super safe’ to breathe. 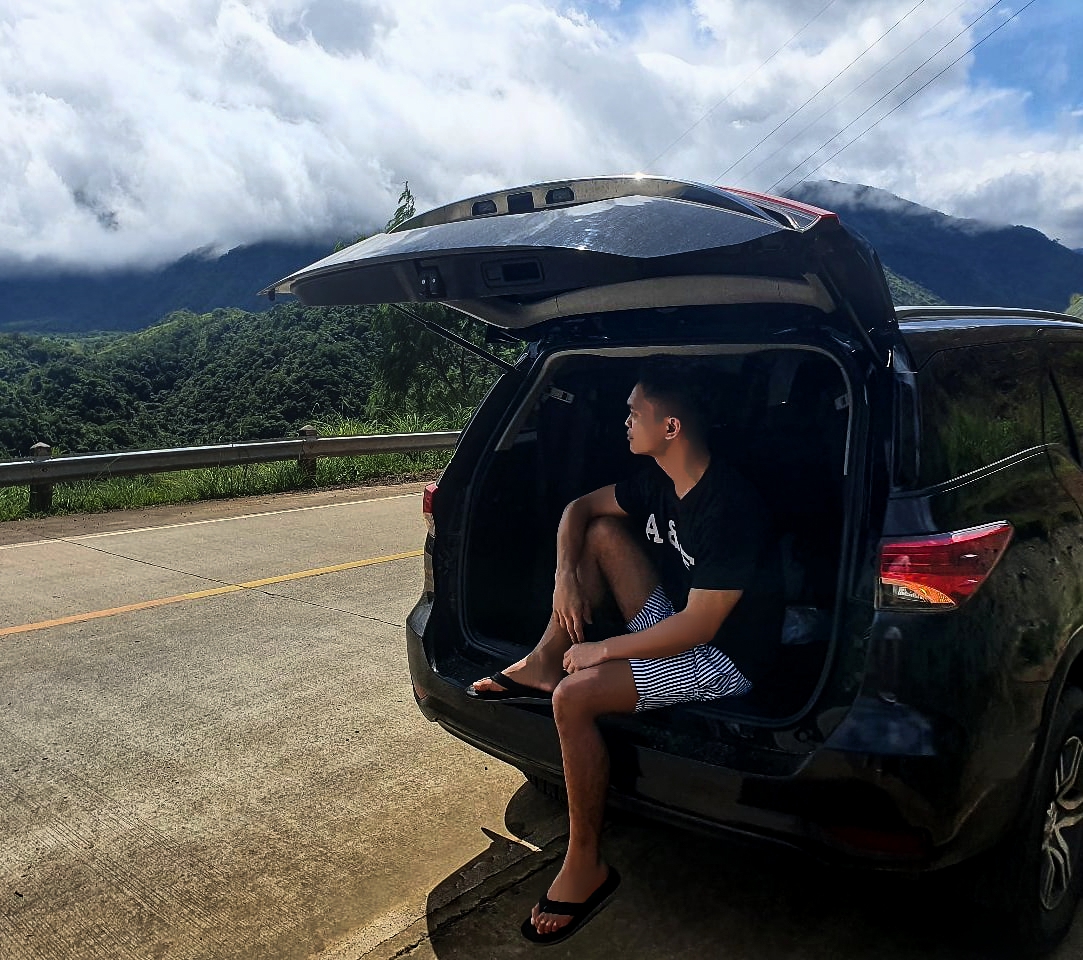 Jezekiel Samson’s plans involve a much longer trip. But thanks to his Fortuner’s easy handling and powerful engine, the long trip to Ilocos Norte will be a snap. 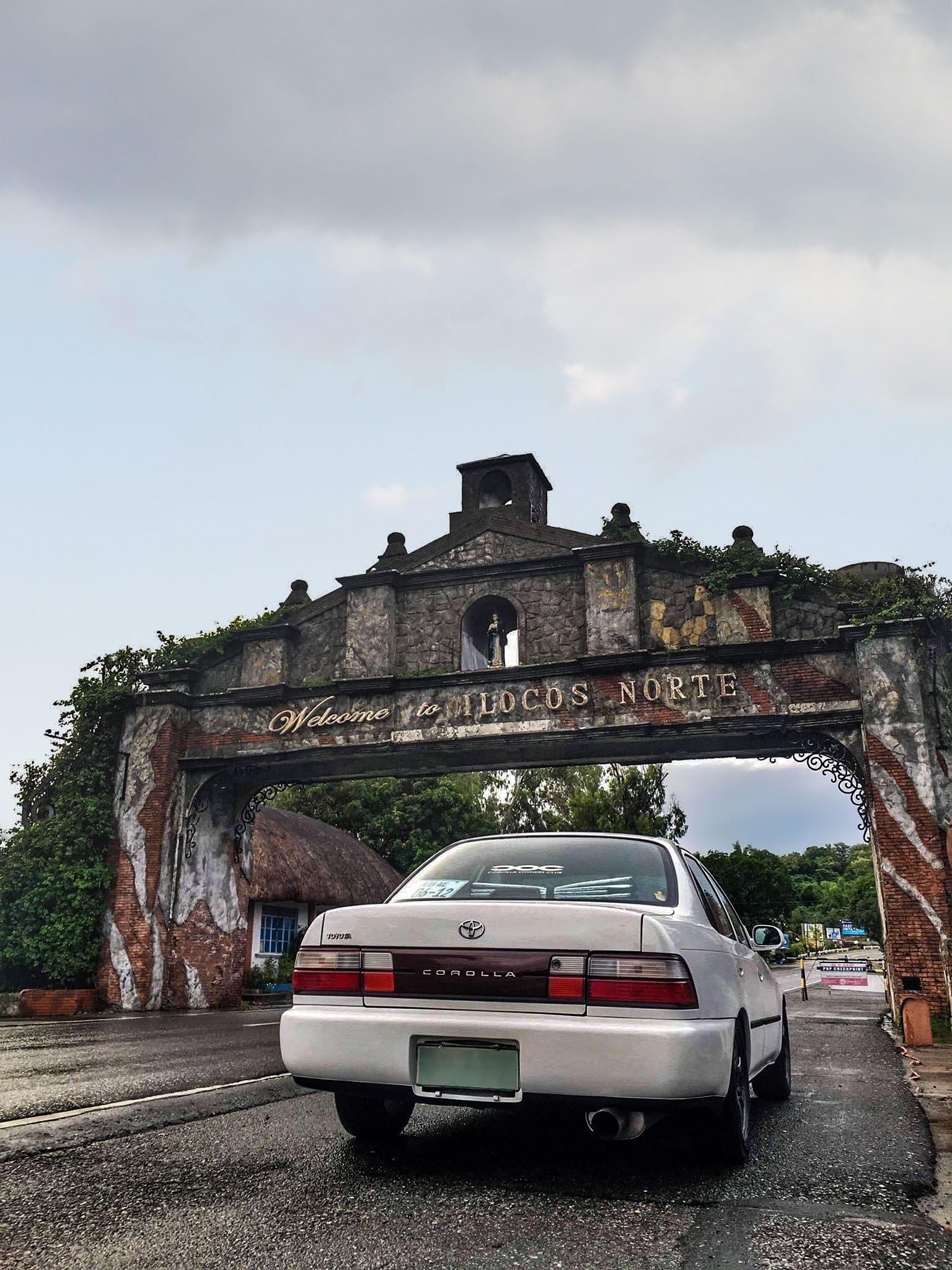 RJ Coloma’s chosen companion for his own ten-hour trek from Quezon City to Ilocos Norte is his ‘95 Corolla XE. It’s an extra-sentimental drive, as the car was gifted to him by his grandfather several years ago as a restoration project. It’s been a reliable A to B car ever since. 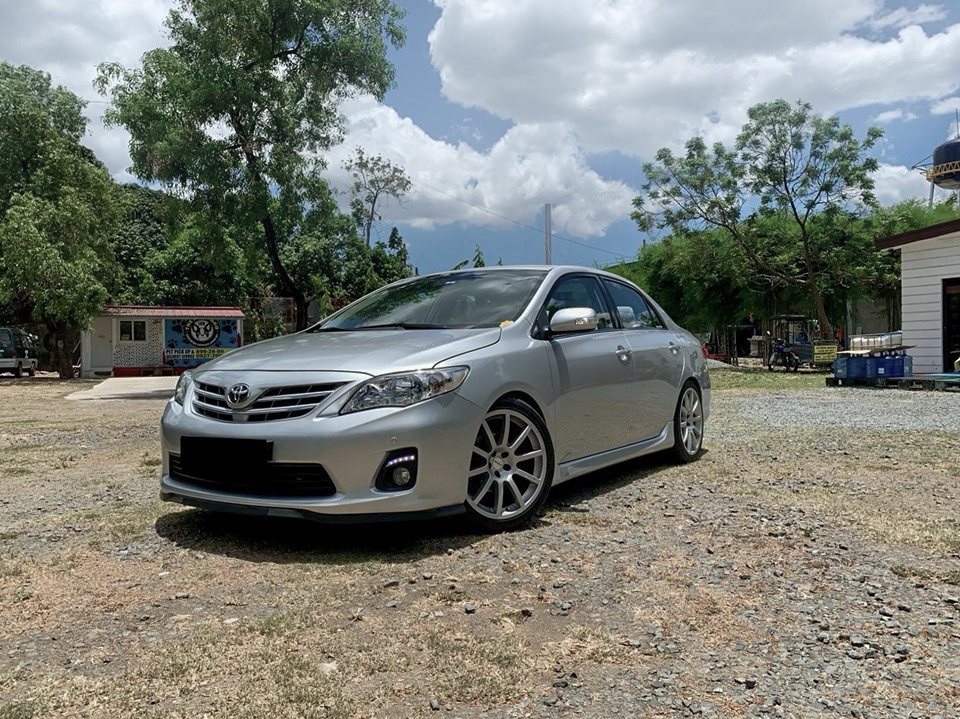 Jay Tamayo’s Corolla Altis is much newer, but just as loved. Jay, a meticulous home detailer and enthusiast, has showered his Altis with love, which means lots of waxing and a lot of ‘personalization’ to get it just right. The car has served him faithfully for the past several years, and once the quarantine is lifted, the pair will resume their regular trips to Malasiqui—a two hundred kilometer commute—for on-site work. He also hopes to drive his family up to Baguio for a long-delayed summer vacation once it’s safe. 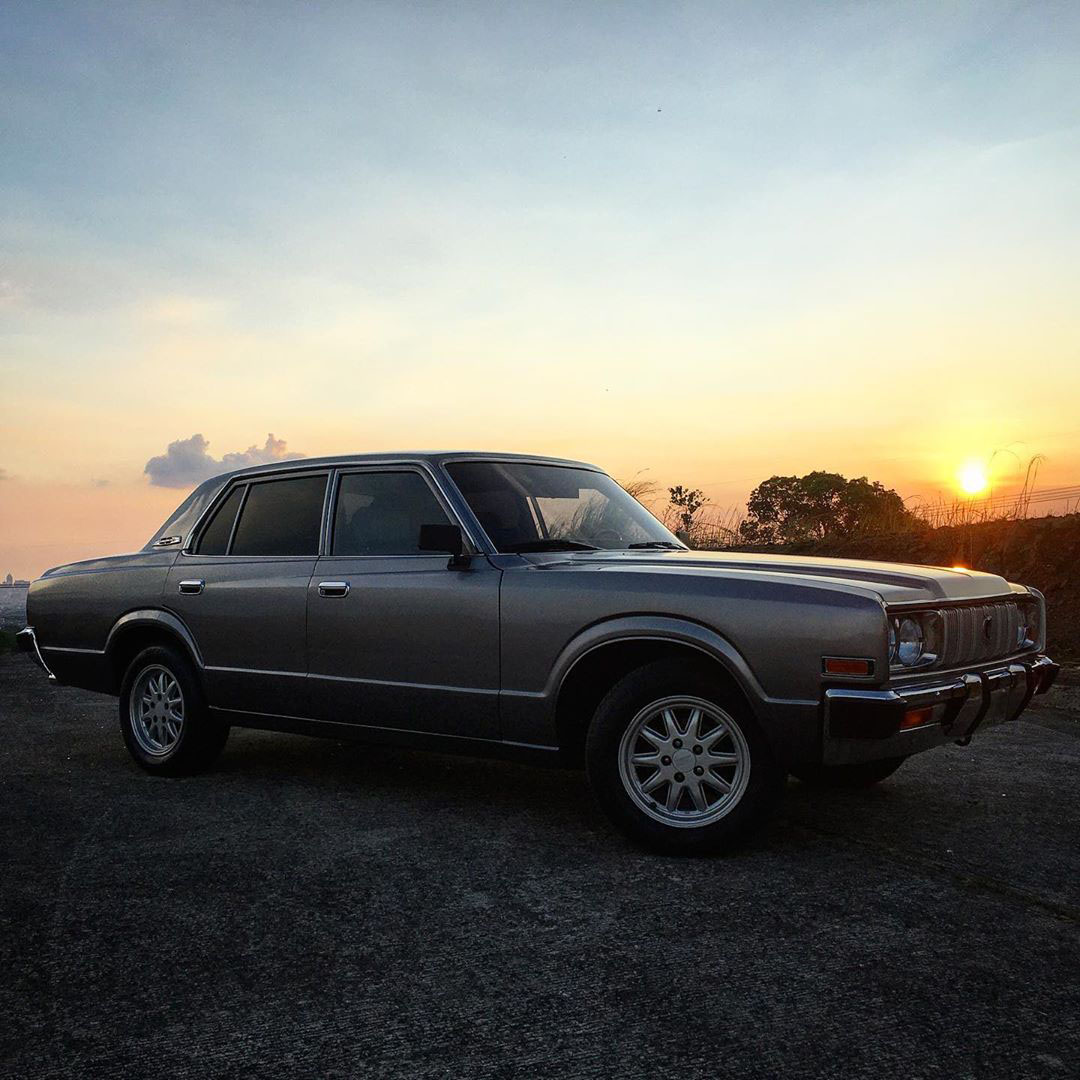 Some enthusiasts have had little opportunity to care for their cars over the past few months. Lawrence Pineda’s 1976 Crown has served him well for decades, as the chosen steed for his kids’ Taekwondo practices over the years, and even for long trips to the beach. It’s rare to see a car of this age in such good condition, but like all seniors, it needs some extra love and attention after cooped up for so long inside. Since Lawrence’s kids can’t drive a stick, it’s up to him to take it to the mechanic once the quarantine is lifted. 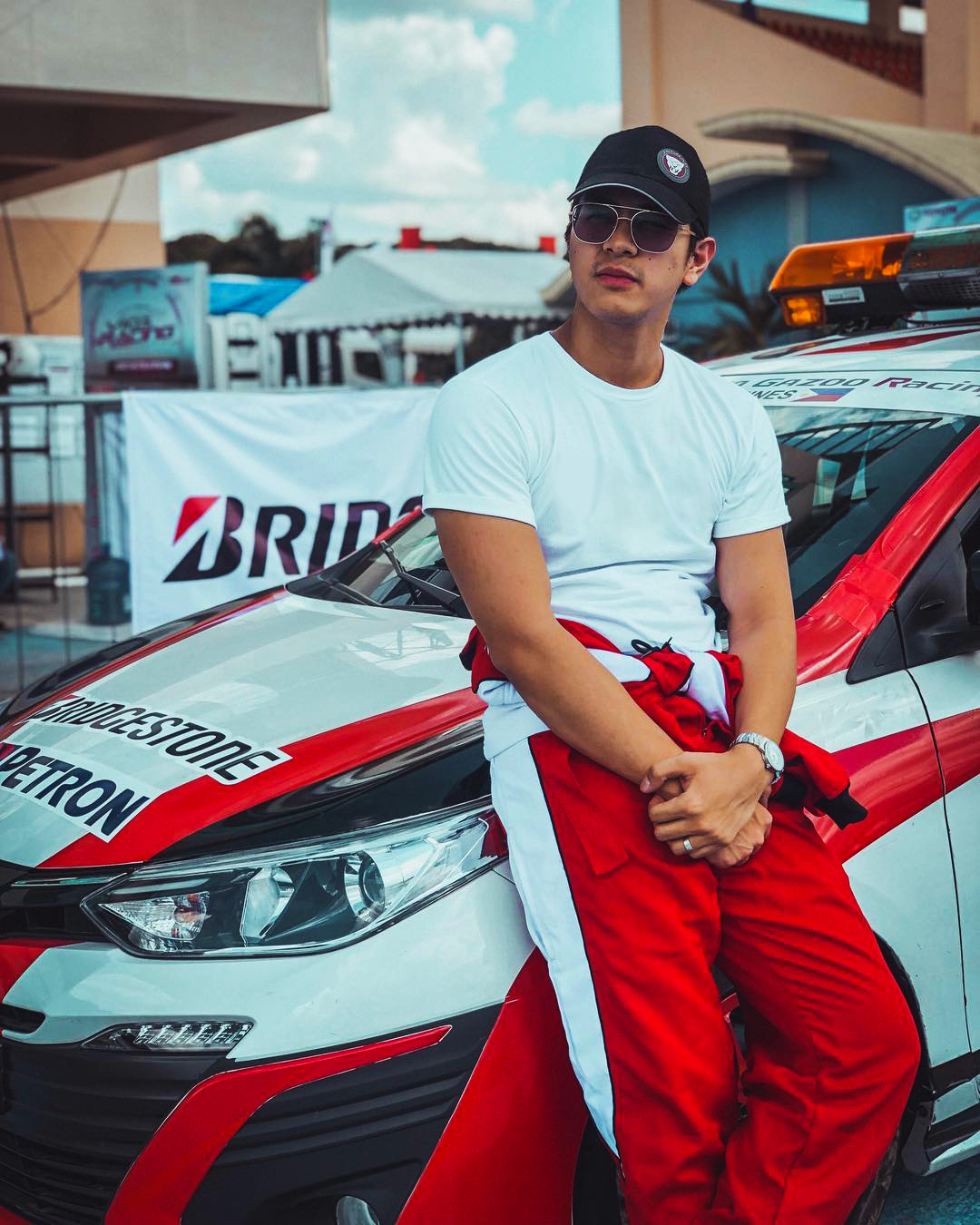 Reph Bangsil is also missing his babies. A long-time enthusiast, he’s dabbled in everything Toyota, from driving them off-road to participating—and occasionally winning—in the Vios Cup. While he missed his opportunity to experience Toyota’s classics when they were new, he’s been making up for it, with a classic TA28 Celica that’s spent the quarantine at the shop. After the quarantine, he hopes to take his friends on a long drive to the beaches and mountains up north. 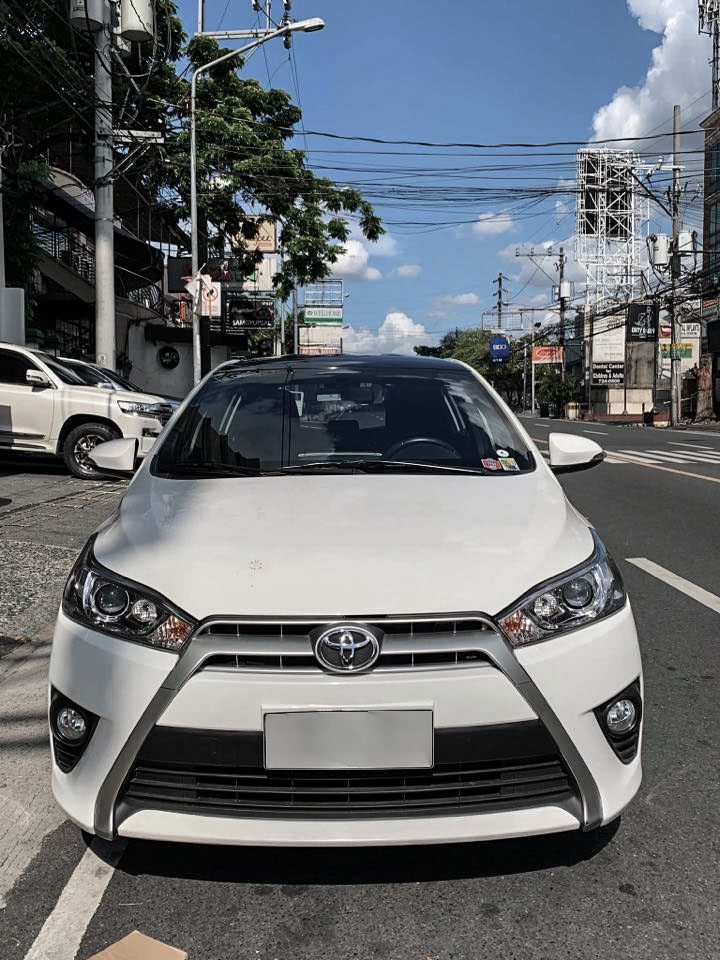 Koko Ko’s Yaris may not be the oldest car here, but she was so happy with her previous Yaris that she splurged a little on a custom plate for this one! She’s loyal to the nameplate because it’s always been reliable. Its compact size makes it perfect for ‘singitan’ in city traffic and extra easy to park. Like many here, she’s thinking of taking an epic beach road trip once it’s safe to go out. 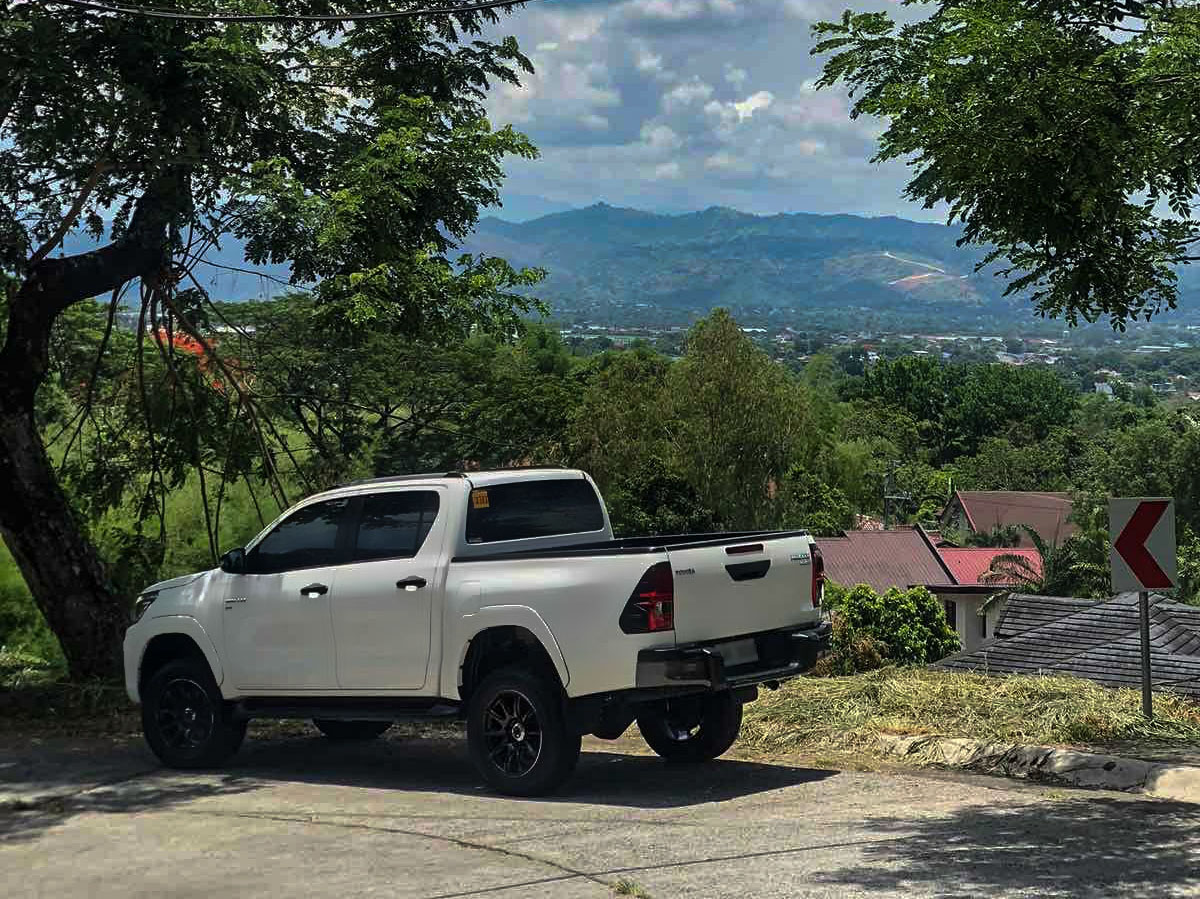 Jason Suarez, on the other hand, plans to mix business with pleasure on a long Zambales road trip. His Hilux Conquest has been his partner in business and leisure over the past two years, and he’s delighted at the availability of aftermarket parts. 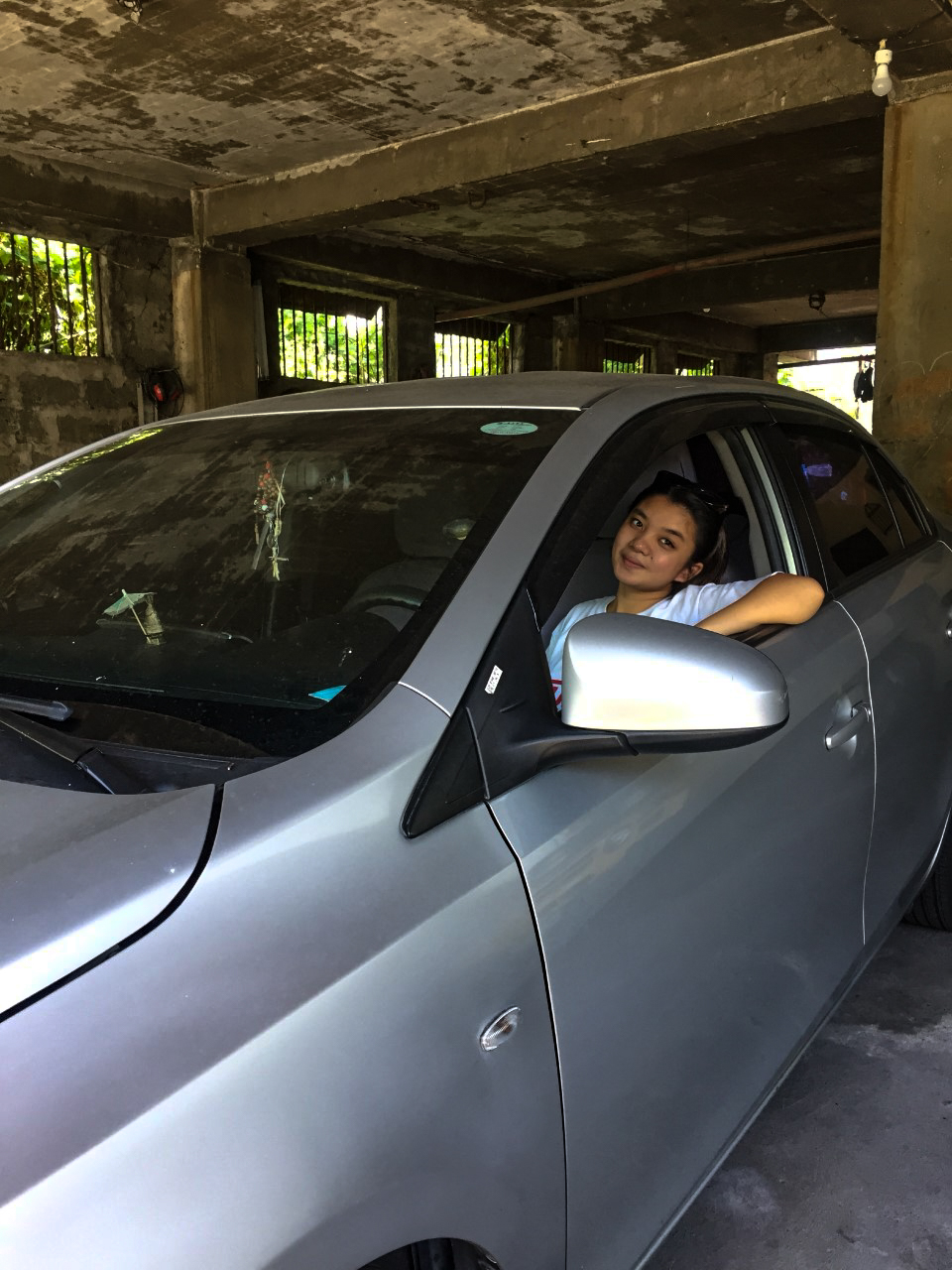 Niña Felice Bernardo’s Vios may be a humble car compared to some of the others here, but for a college student, it’s perfect. Since it is fuel efficient, she doesn’t spend a lot of money on gas, and she enjoys taking it on drives, both long and short. With classes on hold due to the quarantine, a beach trip figures in her near future. Pattylen Deang’s Innova, on the other hand, is ready to take the whole family or barkada to the beaches of La Union. He’s delighted with the car’s interior and comfort, especially on long drives. 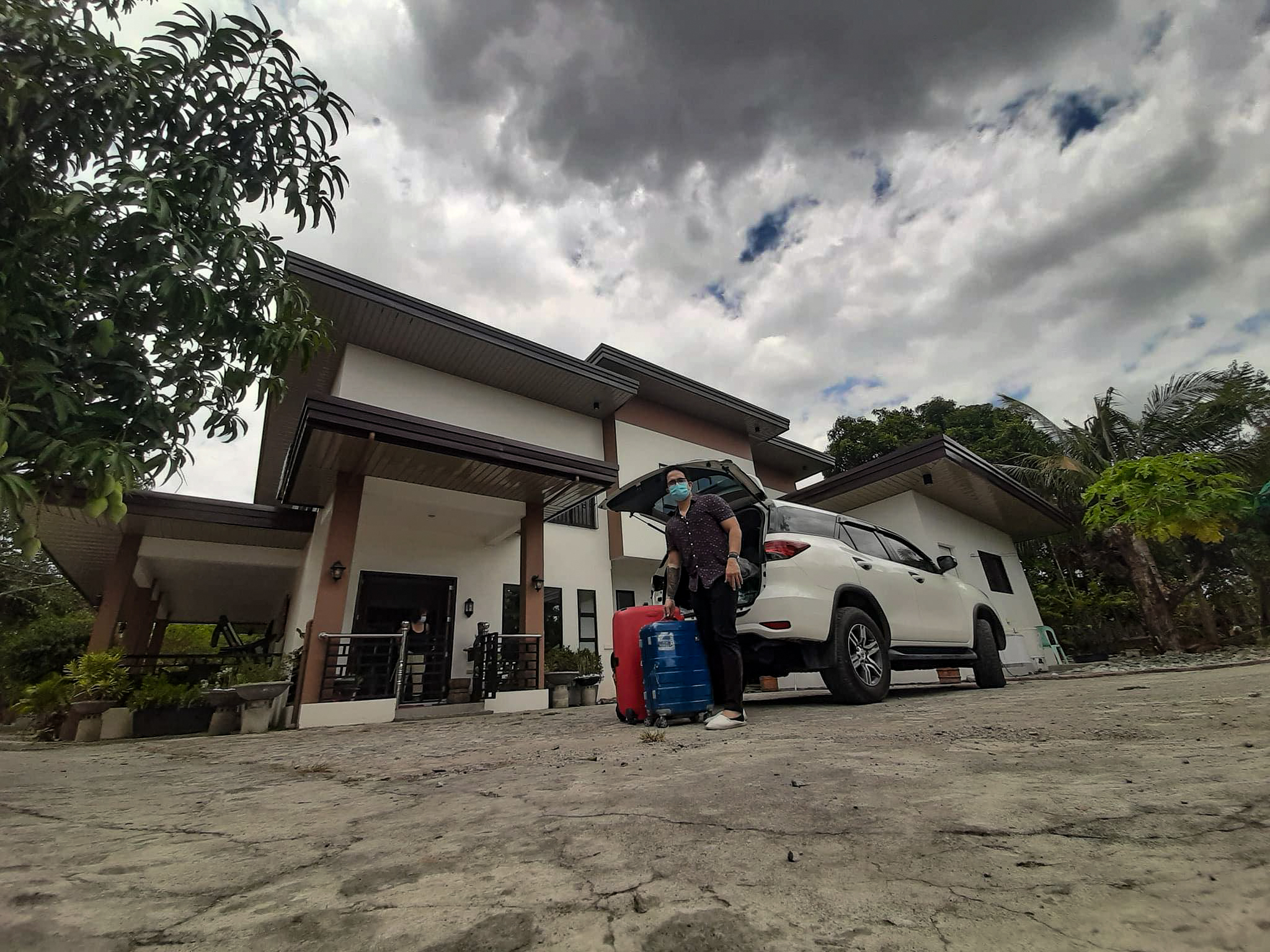 As a seaman, John Roura’s life has been disrupted in more ways than one thanks to the pandemic. But one of the first things he plans to do is to take a drive with his Fortuner once the quarantine is lifted. He loves the comfort and toughness of the truck, and it’s big enough inside for all his luggage when he comes home from deployment. Since he’s traveled around the world, he’s not very particular about where the drive takes him, as long as he gets to drive his beloved Forty again.

For many owners, it’s simply the joy of driving, the freedom of the open road, that calls to them after being stuck so long at home. But however long it takes to get back out there, they’re confident that their Toyota vehicles will get them there.