Like anything else, cars need to be well taken care of to make sure they keep running smoothly, last longer, and are safe for everyone who gets in. This means getting into the habit of following a regular car maintenance schedule and taking it to the pros for special tune-ups and treatments. So when we heard about Toyota’s anti-bacterial treatment called BactaKlenz a few weeks ago, we just knew that we had to try it out—especially when we had the perfect candidate for some serious disinfecting in mind: The Hiace Super Grandia.

Used at our local hospital as a frontliner shuttle service, this van no doubt deserves some TLC with the great service it’s done and is still doing in this pandemic, so we decided to book a periodic maintenance service (PMS) as well. Luckily, Toyota has an ongoing promo where you can get a free BacktaKlenz treatment when you avail select services and PMS is one of them. 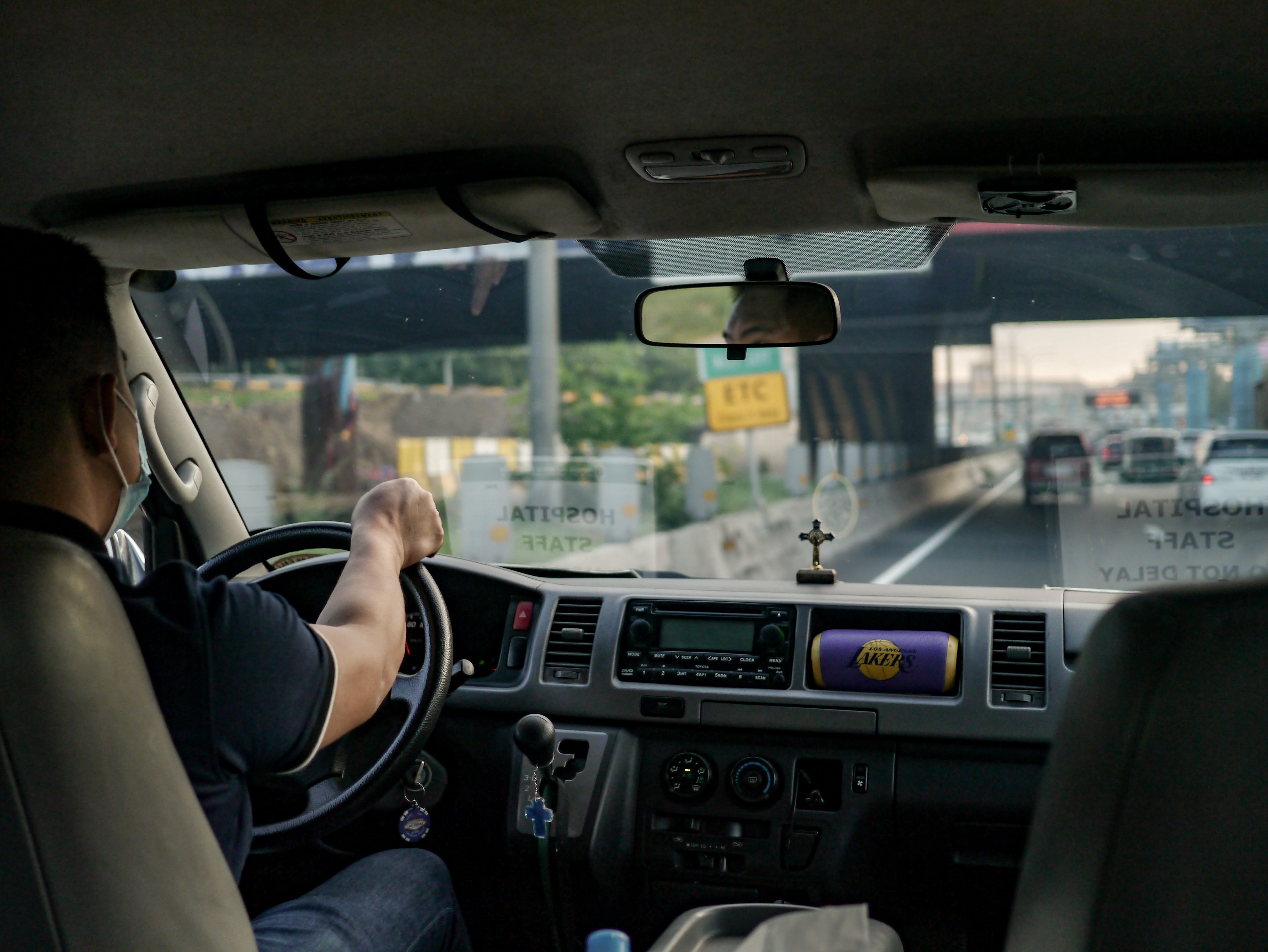 We chose the 7:00 am Monday slot through https://mytoyota.ph/home and chose Toyota’s Express Service which guarantees that the service is done within an hour—perfect for those with tight schedules like us. After a few minutes, we got a confirmation via text to inform us that the appointment was all set.

Come Monday morning, Toyota sent us a reminder two hours before our service schedule and we set off right away to Toyota Pasig to avoid the rush-hour congestion. It’s been weeks since the dealership reopened post-quarantine and virus safety is of paramount importance here, so everything is no-contact. The guard took our temperature with his handheld scanner and motioned us to the reception area where we met with our service advisor, Ian, who worked out the details of the service via video-link. 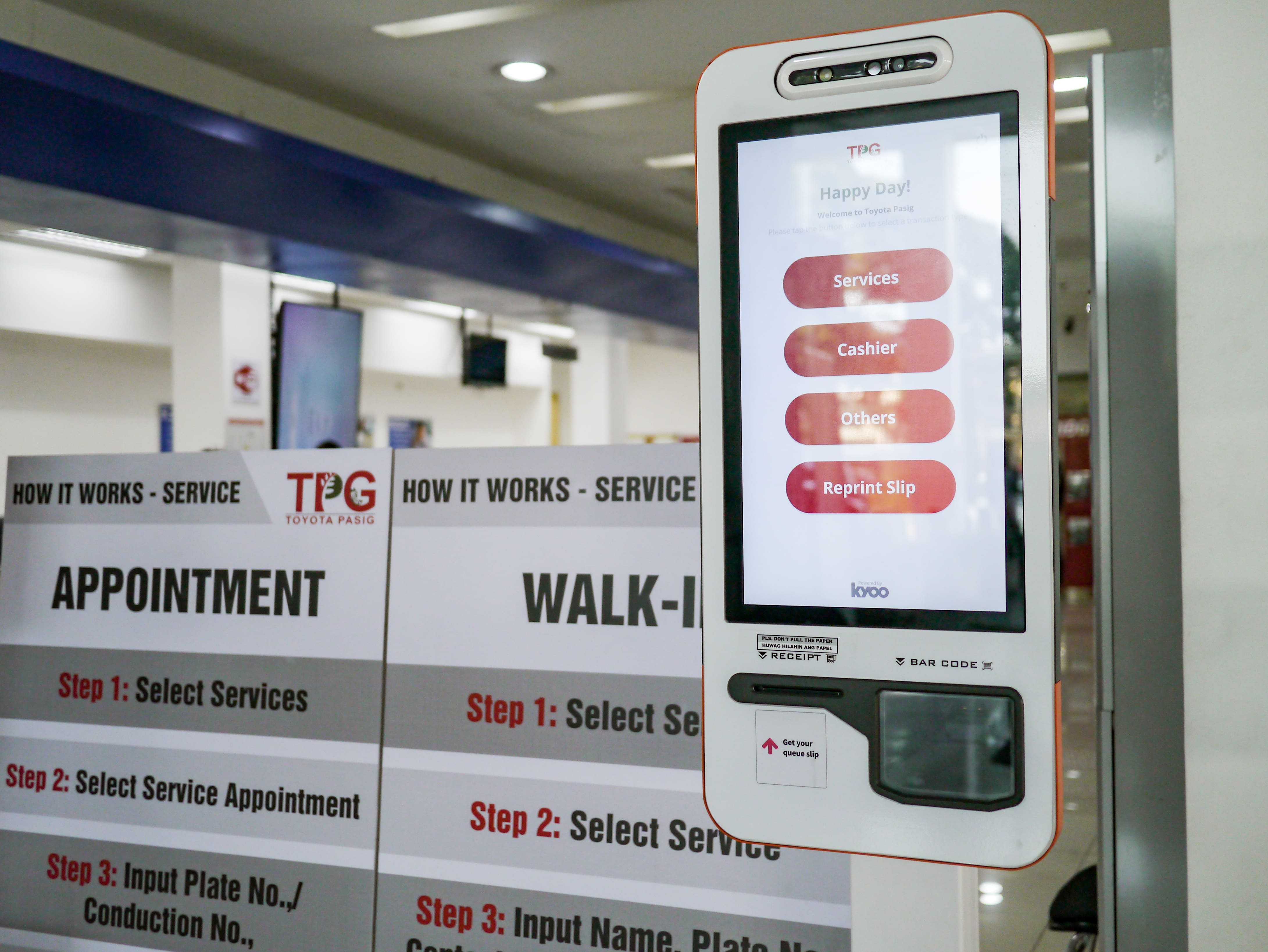 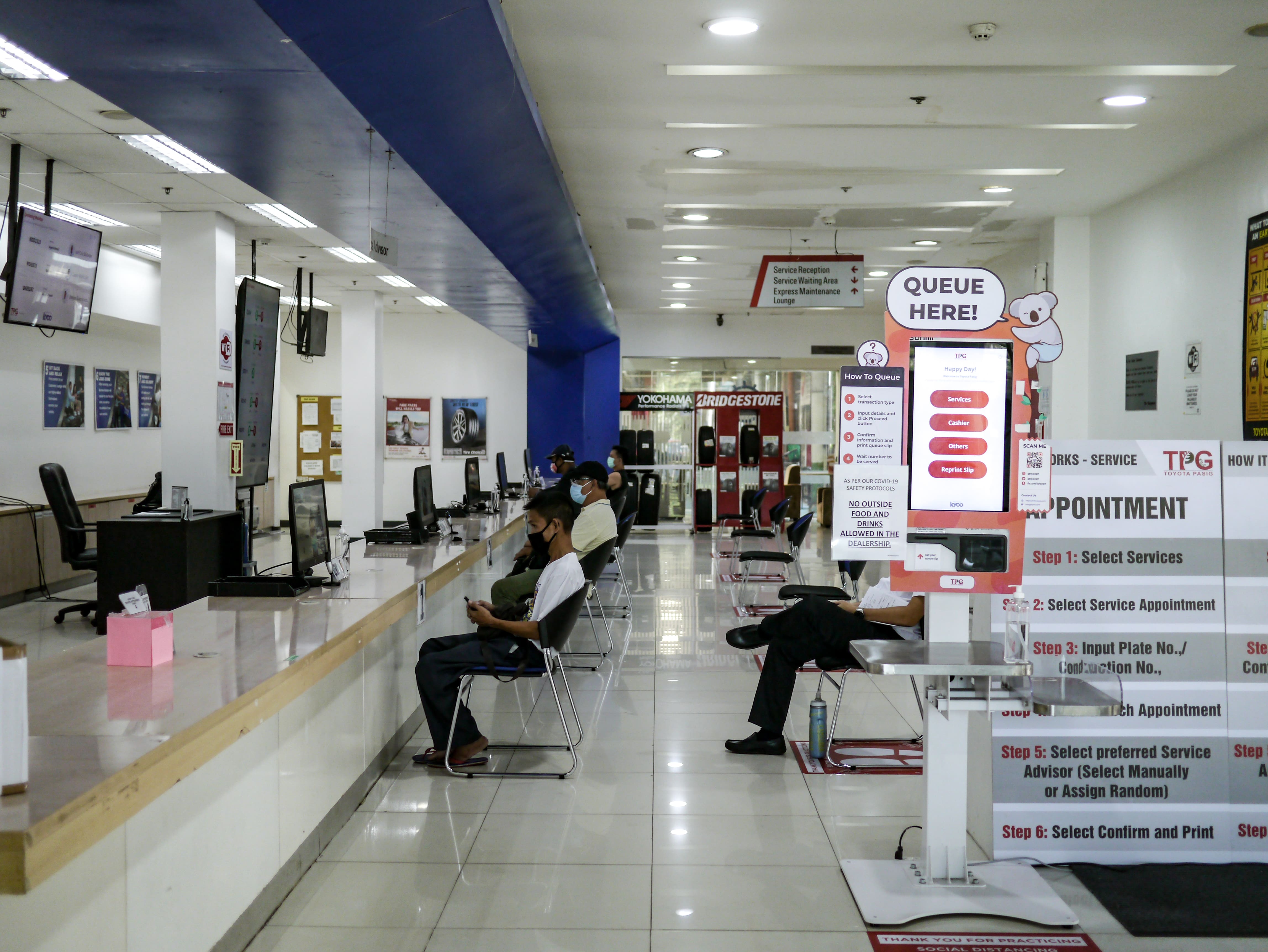 Since this van is a hospital service, cleaning it on a daily basis is not enough and professional sterilization is a must. Toyota BactaKlenz has a proprietary anti-bacterial formula that promises to eliminate deep-rooted mold, fungi, and bacteria hiding around the cabin and in the air-conditioning system.

Yes, bacteria and fungus breed in the condensing duct when your air-conditioner is turned off. Bacteria droplets from a person with cough or colds can also seep into system through the vents. The good news is that BacktaKlenz can reach as deep into the ventilation system unlike UV lamps nor disinfectant sprays. Even better, the treatment lasts for up to three months—preventing new growth inside the system.

For the treatment, one of the mechanics brought a small machine up to the service bay and poured a small vial of clear liquid into it. It looked like nothing more than a small voltage regulator, but a few seconds after they put it inside the van, the machine began to emit billowing clouds of vapor. The service crew turned on the air-con and closed the door. 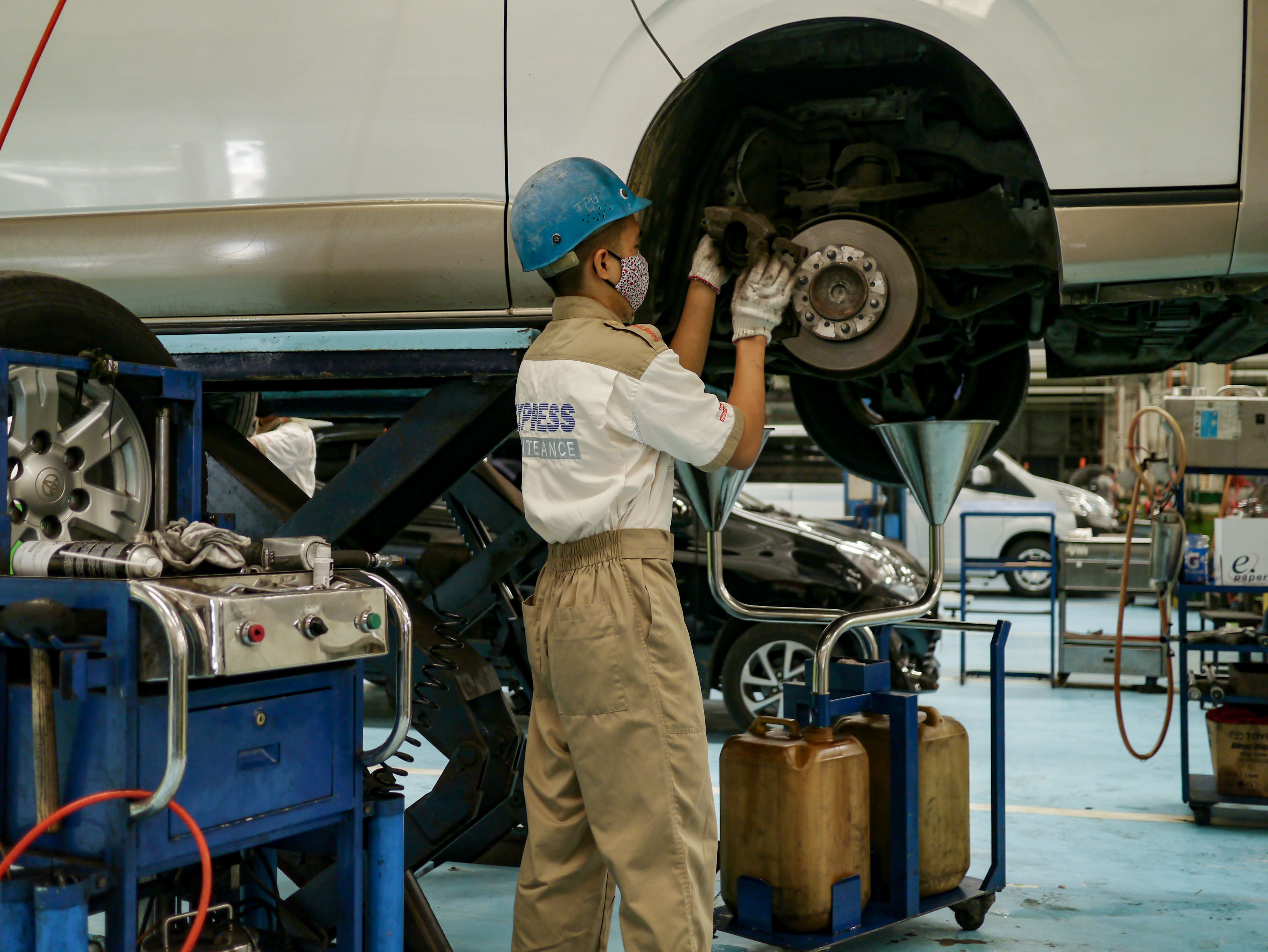 A few minutes later, they pulled the machine out and closed the door again—letting out thick clouds of vapor around the cabin. As we watched, the service crew reassured us that the vapor is non-toxic, but it’s potent enough to kill 99.9% of germs. The deep cleanse circulates it through the ventilation system, killing off any deep-rooted mold and fungi that may have taken root in there over the past several years.

After fifteen minutes, the vapor had nearly faded away, leaving no sticky residue or deposits. The only sign of treatment was the lingering herbal scent, thanks to the sage oil in the BactaKlenz formula which also reportedly enhances its anti-viral properties.

After the service, Ian gave us the rundown of all that’s been done, including the periodic maintenance service they did before the BactaKlenz treatment. He also shared the items picked up on the inspection that will need to be addressed in the future. 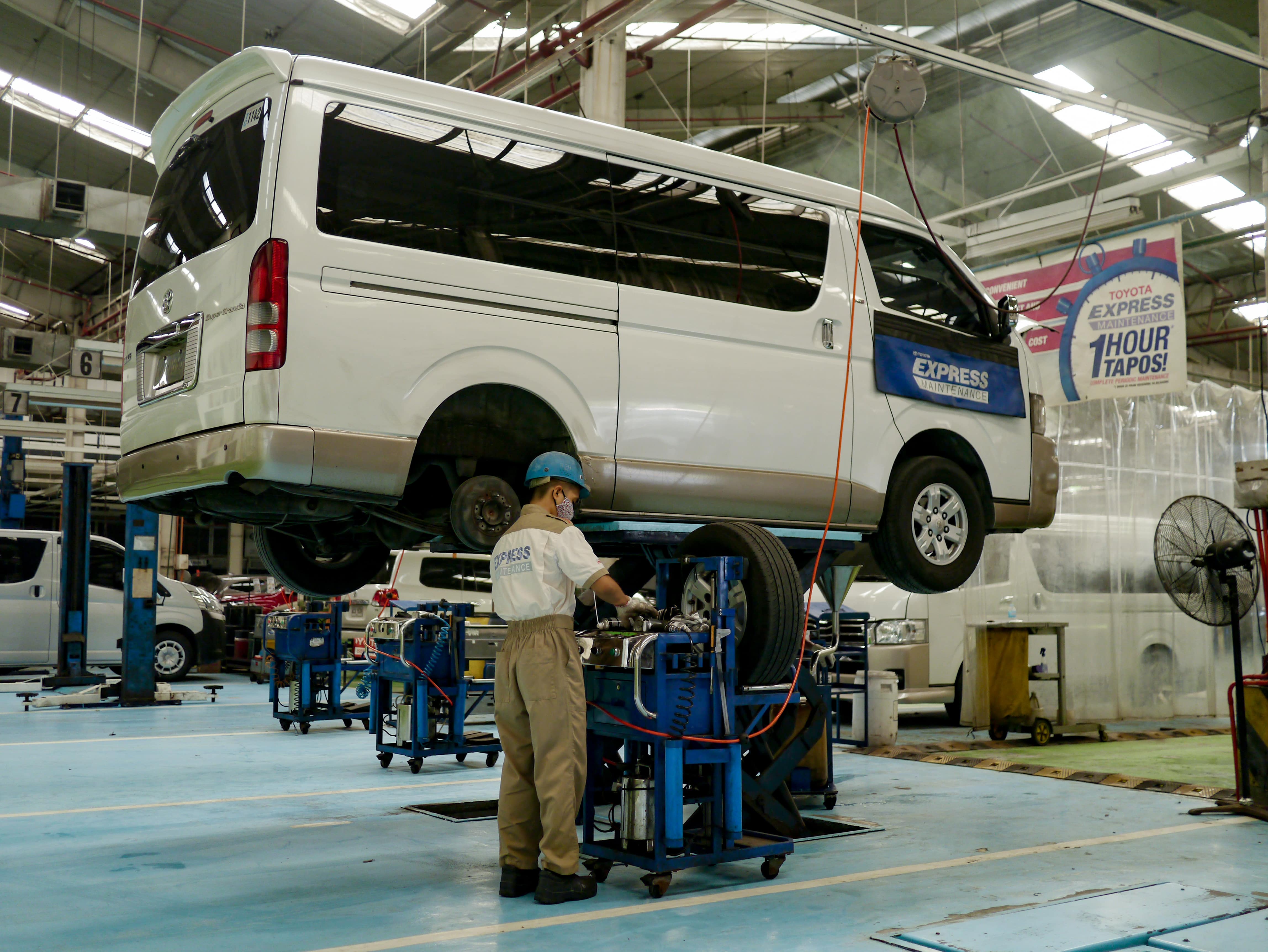 It’s still officially breakfast time when we pulled out onto C5. The Hiace’s diesel purred in appreciation at the recent service, while the sweet smell of sage oil kept us perky as we ran into the morning traffic on the highway. When the aroma faded away into a lingering sensation of herbal freshness, the musty odor of decade old air-conditioning was long gone—even after numerous trips over the next few days. Mission accomplished! Sure, it may feel weird treating your car to the automotive equivalent of aromatherapy, but the benefits of BactaKlenz are hard to ignore.