The winners have been revealed from the sporting, promotiona 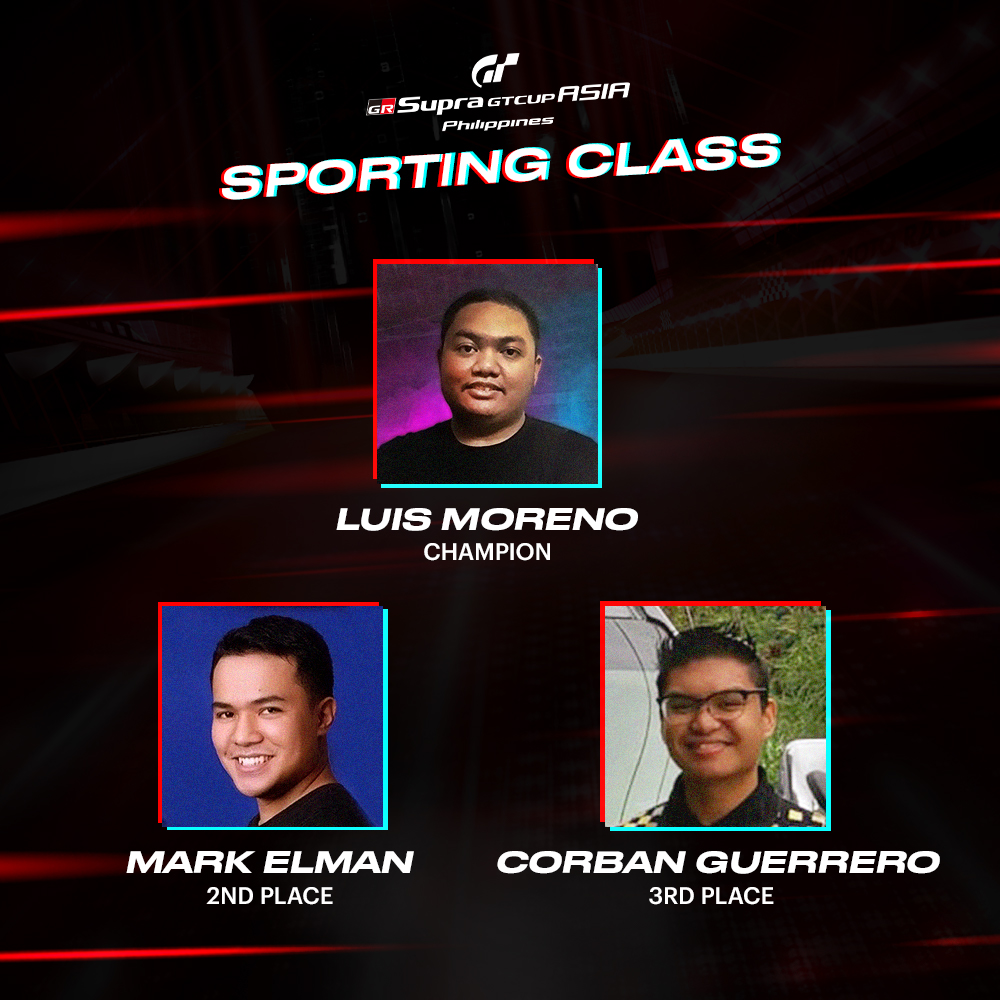 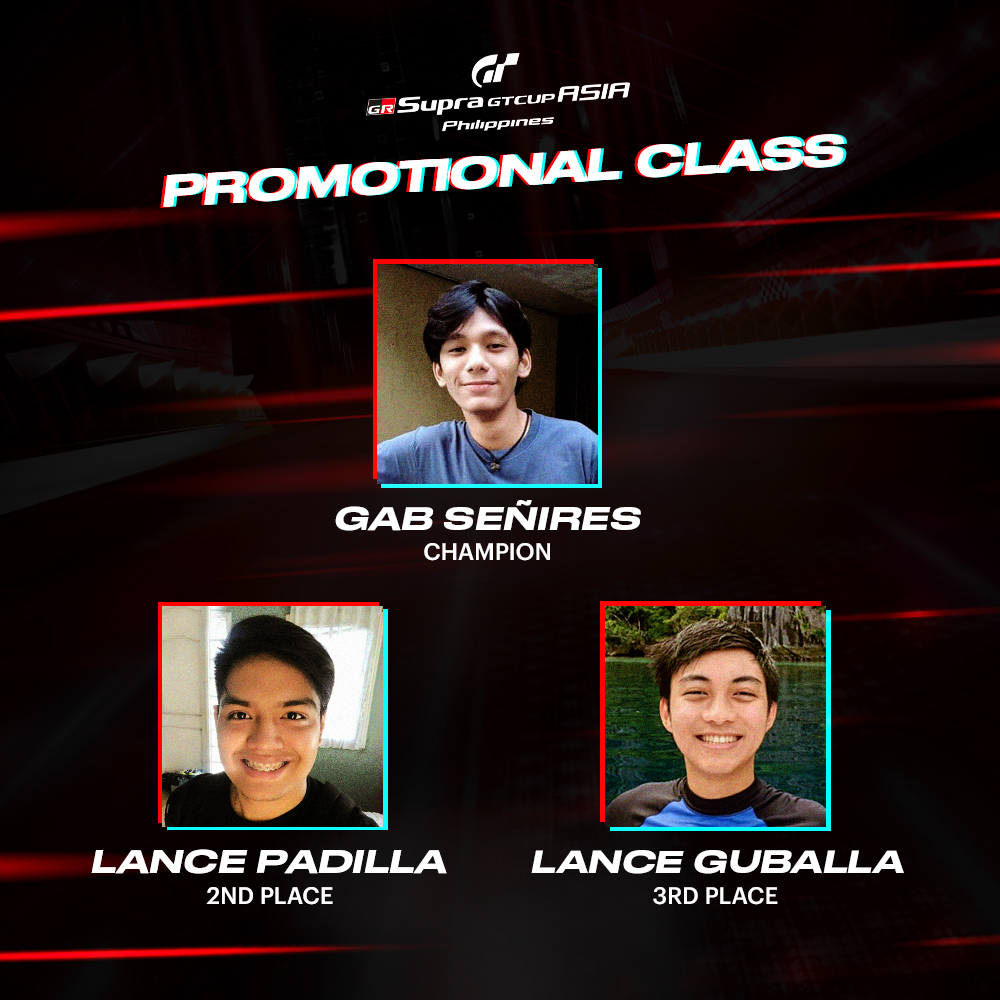 Toyota Motor Philippines (TMP) has revealed the winners from the sporting, promotional, and junior classes of the first round of the GR Supra GT Cup Asia Philippines.

From over a hundred online racers who participated in the leaderboard challenge, 24 sporting, 24 promotional, and 10 junior class racers qualified for the semi-finals stage. The round 1 final heat determined the top three racers from each class.

Their qualifying, semi-final and final races, as long as races for the next two rounds can watched on TMP's Facebook Page at www.facebook.com/toyotamotorphilippines.

As seen on the first round, the GR Supra GT Cup Asia Philippines racers from all backgrounds – from casual players to esports pros. The tournament also pitted against each other seasoned racers on actual race tracks and those who have been navigating the virtual race circuits for quite a time.

“I started e-racing competitively in 2013 after I stumbled on a sim-racing competition at a gaming event in a mall,” said Luis Moreno, the Round 1 champion in the Sporting Class. “I gave it a try in that event and placed 2nd in the tournament and it was there when I realized I had potential in e-racing.”

“Since then I became active in competitions on various racing games, gaining experience on local and international events when the opportunity arises,” he added.

“Racing on the track is fun as it is online, only you don't get to feel adrenaline as the real thing but the intensity and pressure is definitely there,” said promotional class Round 1 champion Gab Senires when asked about the difference between online and on-track racing. “It's fun to practice online with friends in the comfort of one's home anytime.”

For now, the Round 1 winners lead the GR Supra GT Cup Asia Philippines leaderboard but the next rounds can still shake up the rankings as Round 2 points are to be multiplied by 1.5 while Round 3 points will be doubled.

The total points and final ranking after Round 3 will determine the overall champions from the sporting and promotional classes who will then move on to represent Philippines at the Asian Regional Round in October. Another Asian Regional Round contender will be coming from the celebrity and media class happening in September.

Registration for the second round will start on August 2. Round 2 leaderboard challenge will be held on August 20. To register for the qualifying rounds, visit www.toyota.com.ph/gtcup. For more information and inquiries, join the official Facebook Group at https://facebook.com/groups/680971852455112/.