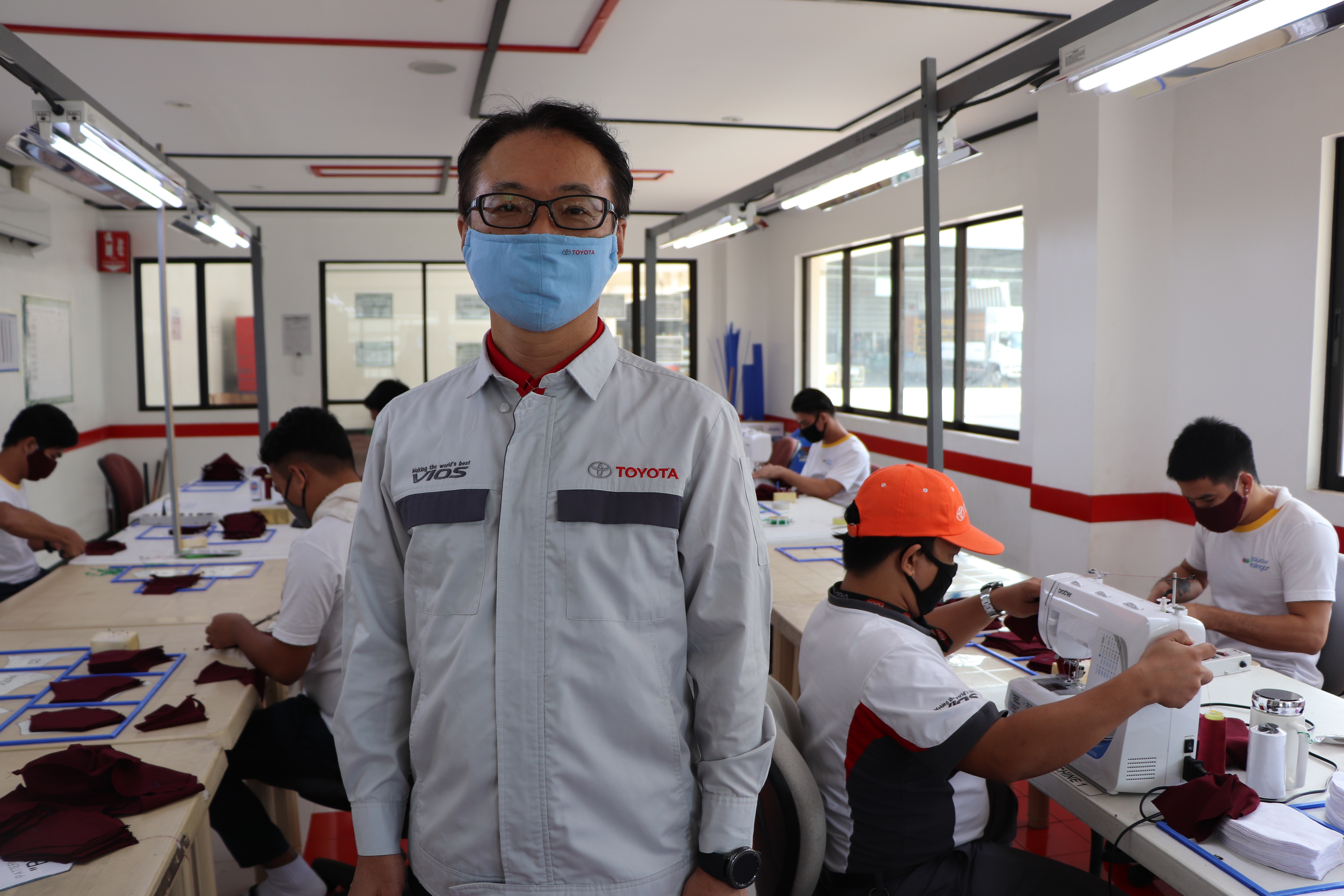 With safety and health of people as TMP’s priority, the company decided to implement in-house face mask production as early as May 2020

Toyota Motor Philippines Corporation (TMP), the country’s leading automotive company, donates 5,000 units of face masks to its supported communities to help in the nation’s fight against the spread of COVID-19. Recent beneficiaries include Pulong Sta. Cruz Barangay Hall, Pulong Sta. Cruz Elementary School, and Toyota-City of Santa Rosa-Gawad Kalinga Village in Laguna. In Batangas, some were turned over to the Lian Fisherfolk Association, TMP’s environmental partner. Such donations form part of the 43,000 total units of face mask distributed, made through TMP’s in-house production initiative.

With safety and health of people as TMP’s priority, the company decided to implement in-house  face  mask  production  as  early  as  May  2020.  The  globally-renowned  Toyota  Production System (TPS) enabled TMP to design a lean production capability, which is also mirrored in the local production of the Vios and Innova.

The project team, composed of production line Team Members and supervising engineers, stayed inside TMP’s lodging facilities at its headquarters in Santa Rosa City, Laguna during the Enhanced Community Quarantine (ECQ) to oversee production start-up. They engaged in in-house trainings, trial-runs, and continuous application of improvements in the processes to achieve viable production.

When Laguna province was put under the more lenient General Community Quarantine (GCQ) status in June, TMP ramped up face mask production with around 100 Team Members assigned  in eight (8) sewing lines running efficiently on two shifts. Through TPS, the team successfully increased production according to volume requirements, while achieving efficiency and quality targets.

TMP president Atsuhiro Okamoto announced a “restart” program that ensures cautious integration of day-to-day business into the “new normal” including the strict implementation of wearing of face masks. “Wear a mask as soon as you step out of the house. It is the law, not an option. Let us protect our workplace and fellow Team Members as we would protect our own home and loved ones,” TMP president Atsuhiro Okamoto addressed members of Team Toyota Philippines. 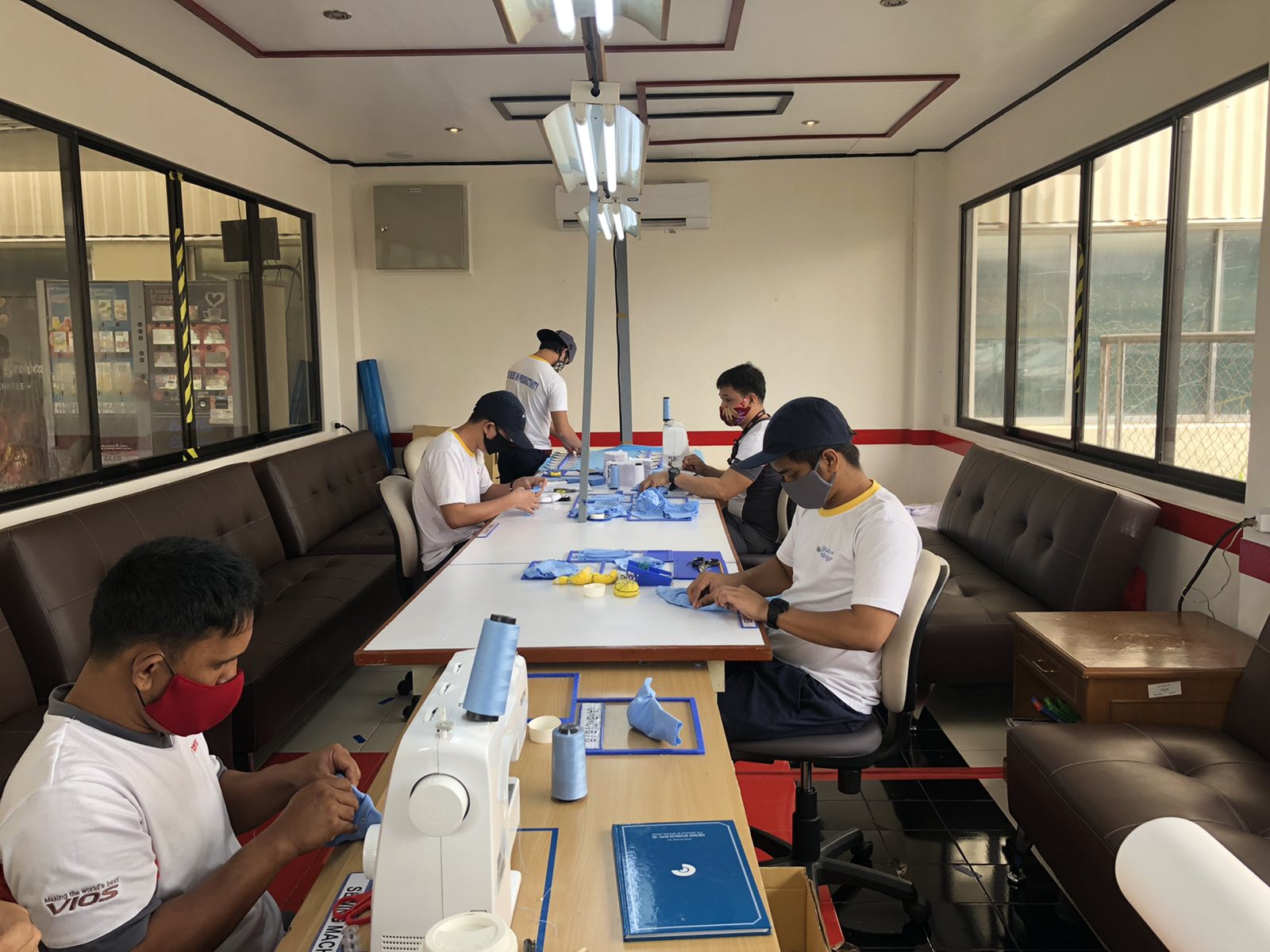 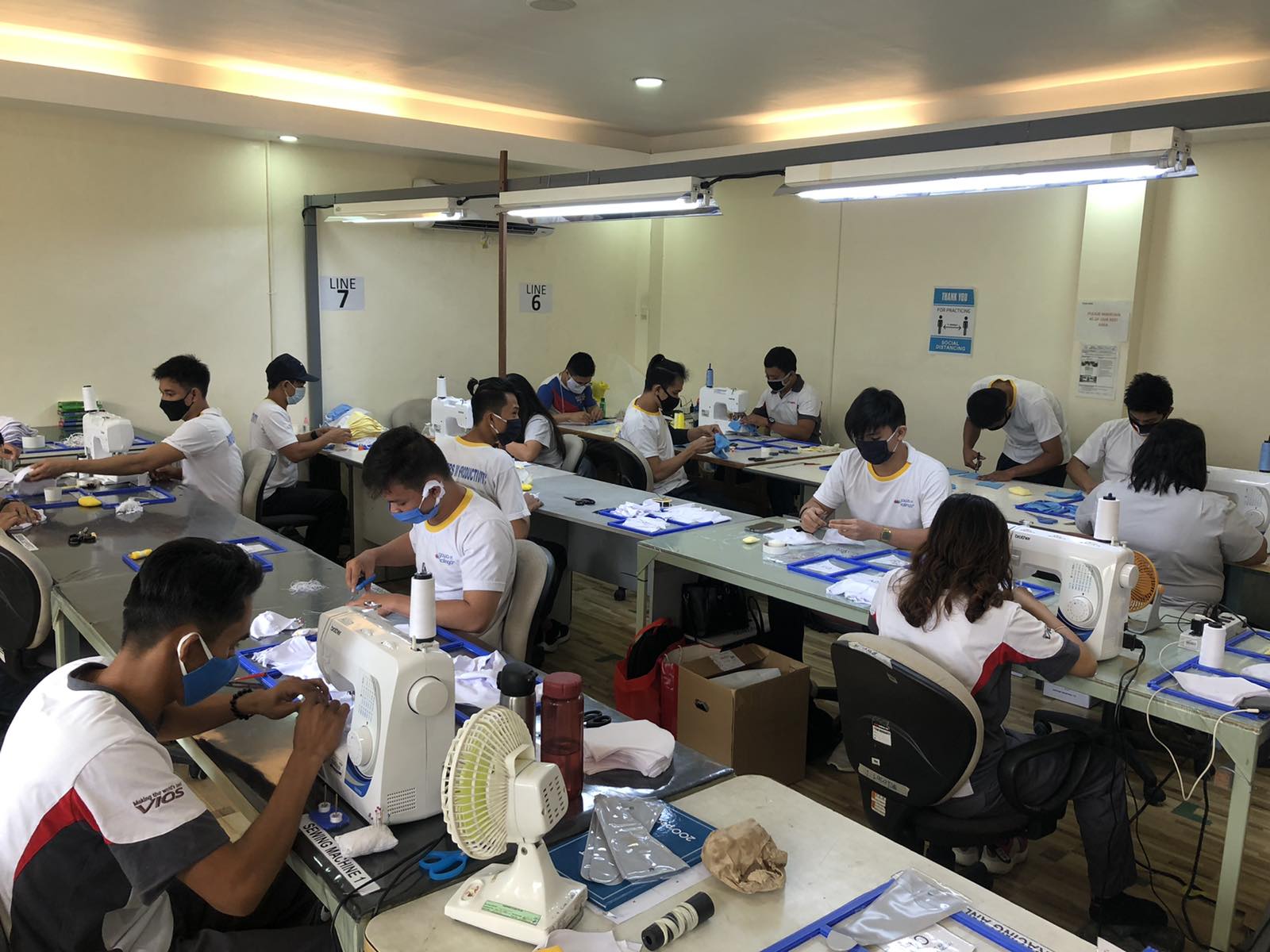